“Visualizing energy-based data according to multiple perspectives and performance criteria is critical to understanding its spatiotemporal character, impacts on comfort, and meaning in the design decision-making process. This research examines how a virtual environment for design and analysis (VEDA) enhances design decision making through visualization techniques combining solar irradiation mapping with interactive virtual reality tools. A participant study investigates the ability of VEDA to create opportunities to better understand relationships between energy data and indoor environmental comfort. A discussion of the findings highlights applicability in architectural design and education, and the conclusions make recommendations for further development.”

Acknowledged in The Journal of Technology|Architecture + Design Vol. 1 , Iss. 1,2017 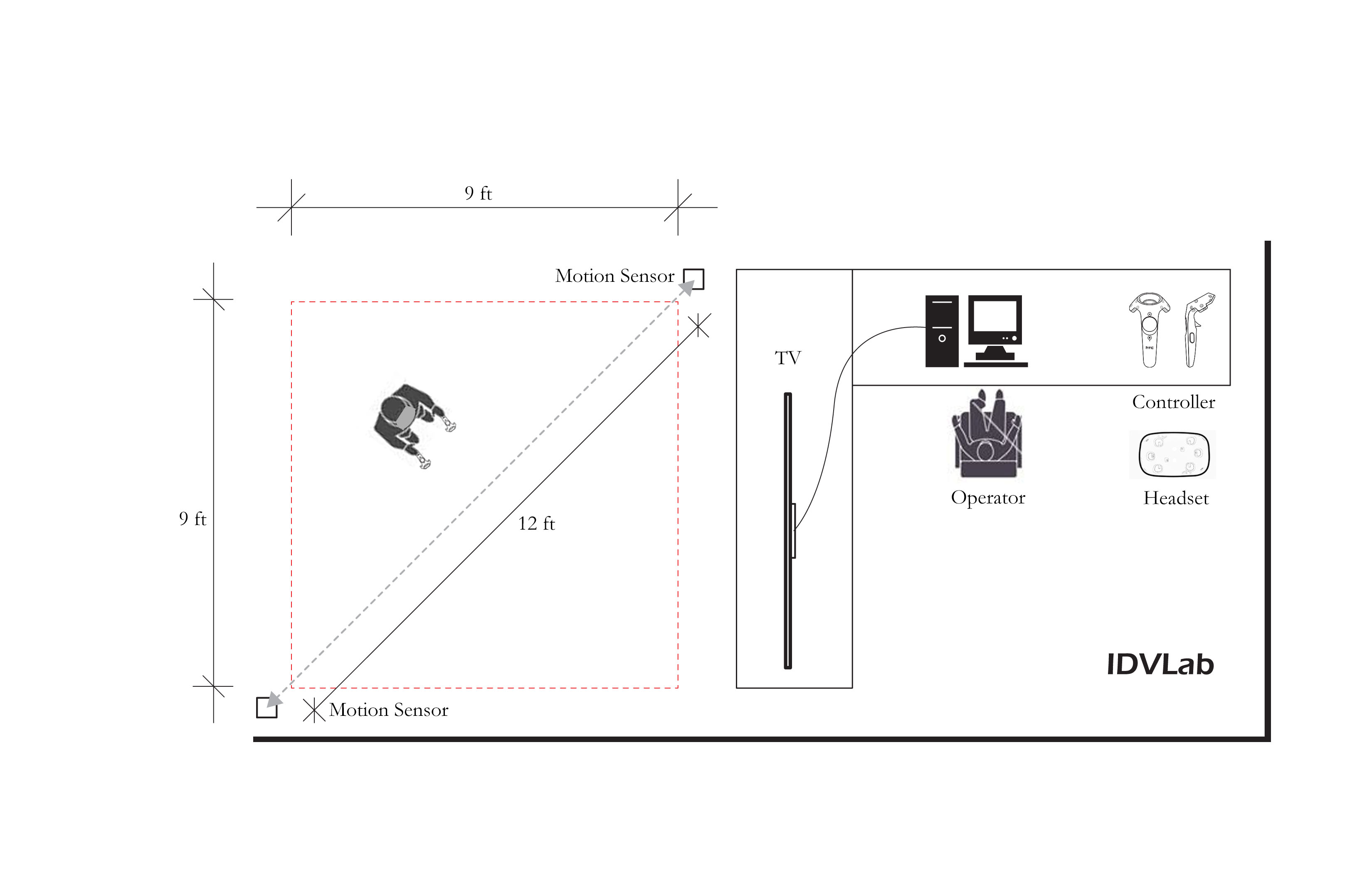 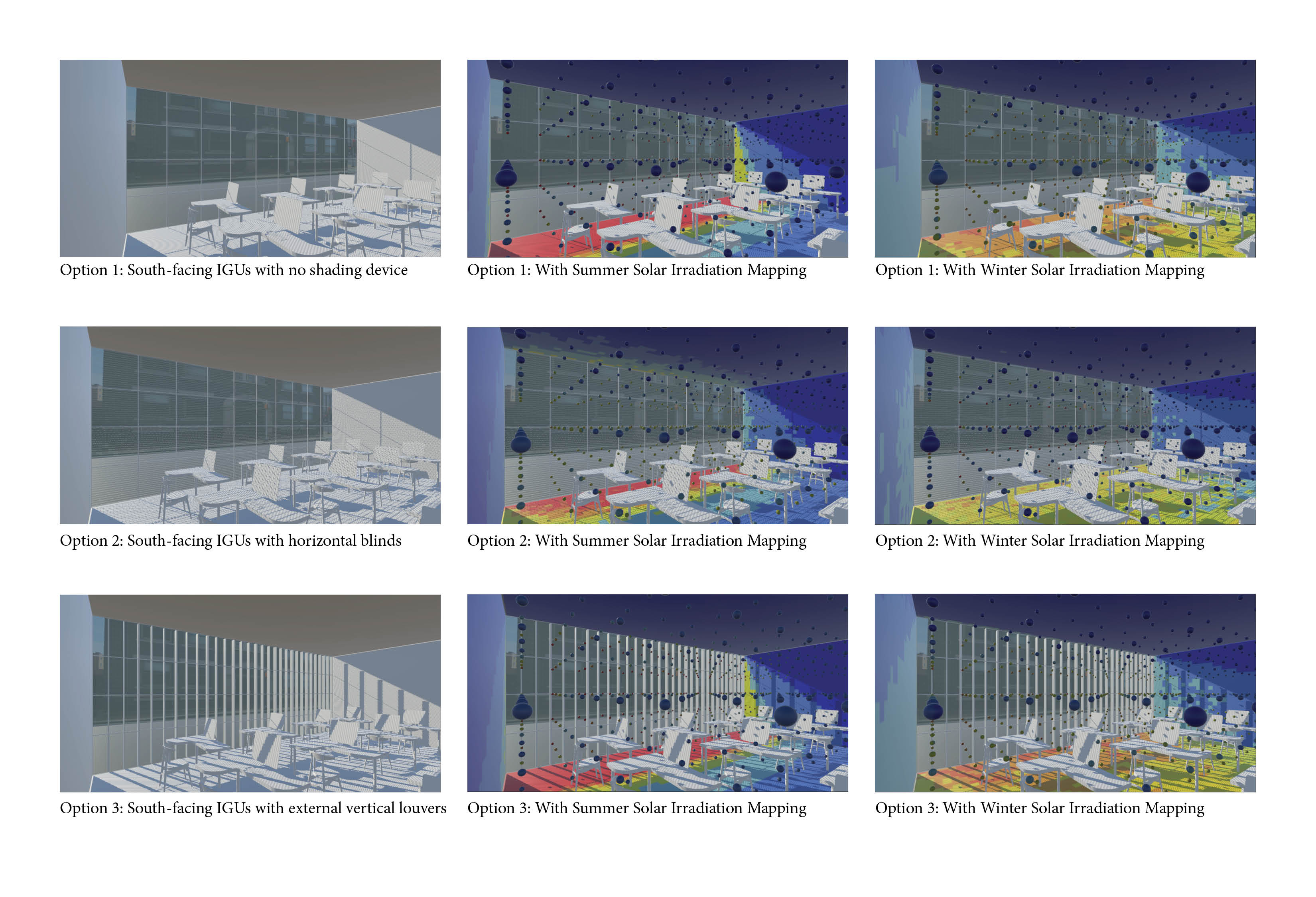 Wall Parley is an exploration of the possible dialogue between users and intelligent environments. Based on Gordon Pask’s conversation theory, dialogue is a “pruned and described entailment structure” which establishes a complex but ordered relationship between unrelated ideas or events. (Pask 1975) The project is a series of prototypes which iteratively develop a cognitive system between humans and walls akin to the manner by which humans communicate with one another by receiving information, processing that information, and then responding.  This participatory engagement between two entities, human and wall, creates a dialogue, an intentional reciprocal commitment for which the capacity of communication by and with the wall can be evaluated. 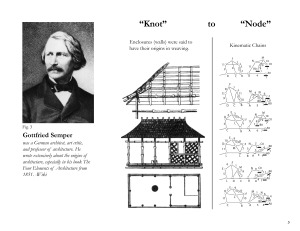 The aim of this thesis is to harness those innovations to create a dialogue between user and environment. The thesis is not attempting to design a particular building that works perfectly within a specific condition but instead will use architectural elements as a medium for conversation – specifically the wall. It is a visionary exploration into the future – architecture embedded with Artificial Intelligence – a limited investigation of the possible dialogue between human and walls. 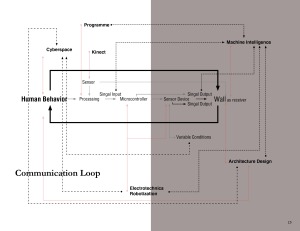 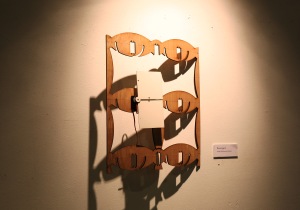 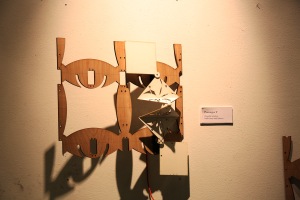 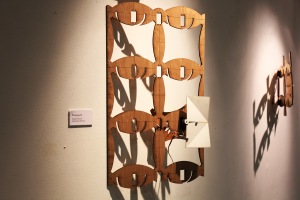 Ultimately, Wall Parley is approaching the integration of high or strong artificial intelligence (AI) in architecture but is limited to applied AI which operates in a narrow field and produces predictable responses based on processing patterns and programming. (Schrader 2015) Though the wall is responsive as a product of its programming rather than through cognitive recognition, it provides a semiotic medium for envisioning the future where architectural elements act as autonomous intelligent instruments – capable of capturing data, interpreting it, and responding in an interactive manner.  Additionally, it allows for the behavior of humans in the presence of proto-intelligent architecture to be chronicled and informs future software development of the wall.  Forthcoming iterations of Wall Parley will continue to layer the input and output mechanisms of the wall to provide increasing complex and unsupervised responses, encouraging human and wall dialogue, and redefining the reference “like talking to a wall.” 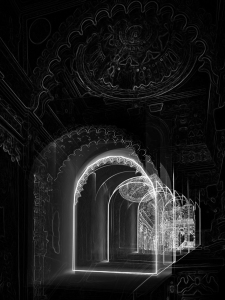 The project is aimed at exploring the perceptual potential of participants in an environment activated through 3D projection on a large scale physical fabrication. The applied animation uses a typical geometry floating across three distinct surfaces to indicate the continuous characteristics of the sectional occupiable façade. This visual interactive installation reveals a hidden relationship between the physical environment and the digital world.